On Tour With Andrea Bocelli

2016 is drawing to an end and things are finally starting to calm down for the team.  It’s been an epic year with massive change, growth, and adventure.  We’re slightly worried that we may have peaked!  Hopefully not though, hey!

Aren’t we just the luckiest of ladies to be doing something we’re so passionate about!  We certainly think so and we’re very humbled by the support and well wishes from the massive following we’ve acquired over the years – we love you all!

It’s with great pleasure that we share a few images from one of our many highlights this year, with thanks to awesome actor and Photographer Rob Vivancos for his kind permission.

This has to be THE hardest post I’ve written, simply because I feel like words aren’t enough.

It was a whirlwind of a weekend I can say!

In just 36 hours we managed to squeeze in 5 makeovers (twice over) for world famous faces, at 2 Arenas some 250 miles apart, with a combined audience of 26,000+.  Sandwiched in the middle was a beautiful wedding and a very turbulent flight which we could have so easily missed given the almost impossible schedule.  We survived on lots of Coffee and a mere 3 hours sleep!  I’m shattered just thinking about it!

The most valuable parts of this unforgettable experience was, without doubt, spending time backstage with some of the most inspiring people in existence.

Christine Allado, Elisa Balbo, Christine Campbell , Travis S C Knight and Hanna Lyn Hughes were all an absolute dream to work with.  I dont think we expected to have quite as much fun and to be look after as well as we were whilst working on such a huge production.   Each of their performances completely knocked our socks off and we are now huge fans of theirs for life. I hope we get the opportunity to work with these amazing people again in the future.  It’s fair to say we got a little attached and we’re quite sad when it was time to say our goodbyes.

Maestro Andrea Bocelli, equally as spellbinding off stage as on it, we found to be a complete gentleman.  He needed minimal attention from Natty and I in terms of styling, being the handsome chap he is, but the 10 minutes or so we did spend in his private dressing room were magical.   I’d challenge anyone to not go completely weak at the knees witnessing vocal warm up exercises by this captivating human being.  My goosebumps had goosebumps! 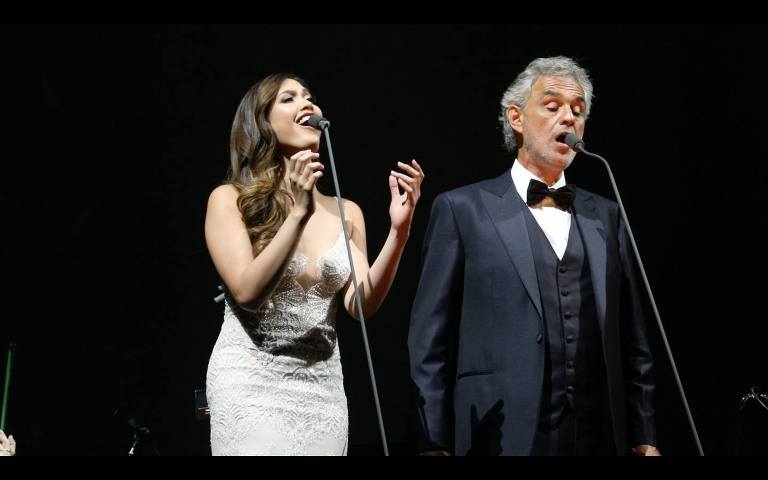 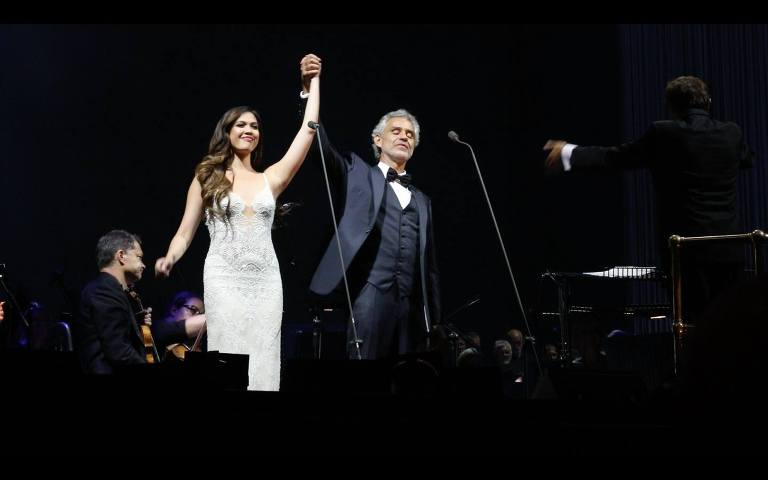 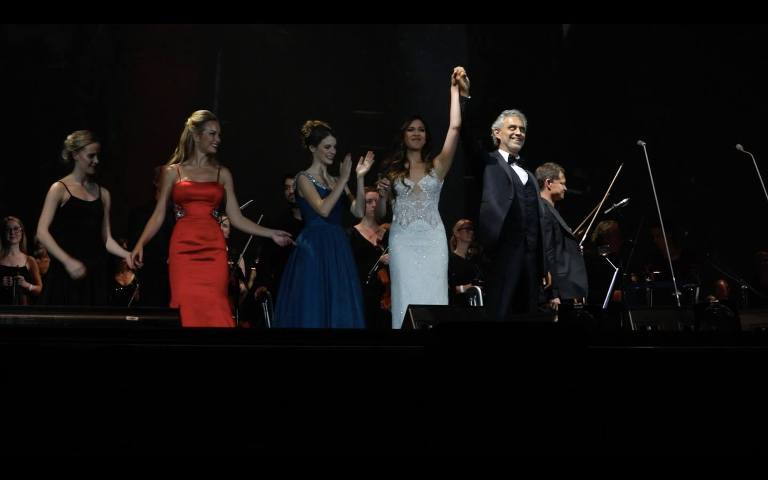 Below is our own little montage of images that were taken our I-phones.